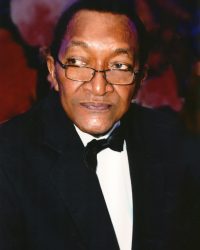 Born to parents Olive and Aubrey, raised in Moneague St Ann. Lover of sports he attended Holmwood then attended Mico University College. Graduated in the “Batch of 1966”. He taught for a few tears then started his career in the Pharmaceutical industry as a Sales Rep for HD Hopwood. He eventually moved on the Musson Jamaica where he was a medical Sales Rep for Jamaica and the Caribbean. Based on his passion he opened his first pharmacy with business partner in 1981, Hagley Park Pharmacy. He then bought Matildas Corner Pharmacy with his life partner Beverly Watkis in 1983. In the early 200’s they bought their second branch and expanded their services to the community.